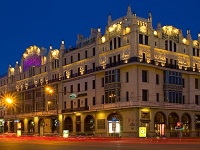 Location: The five-star Golden Ring Hotel is located within the historical downtown of Moscow, opposite to the Ministry of Foreign Affairs of Russia, just a short distance from the Kremlin museums and Red Square, close to many embassies, representative offices of foreign companies and the biggest International Exhibition Centre. Accommodation comprises  293 rooms of different categories, including two luxurious Presidential Suites with the interior designed by Italian and Swiss decorators. 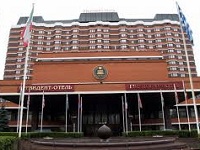 Location:One of the main attractive peculiarities of the PRESIDENT HOTEL advantageously distinguishing it from the others is its location on the picturesque bank of the Moskva River, in administrative, business and trade center of Moscow. From the top floors of the hotel there is a beautiful view of the center of the city, the bank of the Moskva River, the monument of Peter the Great, the Cathedral of Christ the Saviour, B.Yakimanka Street leading directly to the Kremlin. The remarkable interior of the rooms and panoramic views of Moscow are frequently used by Russian and foreign producers in their films about Moscow.
Accommodation comprises 208 comfortable rooms. 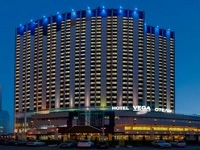 Location: Ismailovo VEGA is located in one of the most scenic parts of Moscow, on the spot where an old village Izmailovo, just 15 minutes drive to the centre, the ancestral land of Romanov Dynasty (the last imperial dynasty to rule over Russia), was located after the 16th century. Accommodation comprises 967 comfortable rooms. 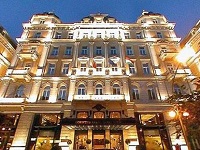 Location: Budapest Hotel was built in a late of XIXth century. The hotel is located just a few streets away from such major city sightseeings as the Kremlin, Red Square, St Basil’s Cathedral, the Bolshoi Theatre, Tverskaya street, the Manezh and the Okhotny Ryad shopping center. The Russian Parliament’s buildings as well as the Central Bank of the Russian Federation and Moscow Mayor’s Office are also within a walking distance from the hotel. Accommodation comprises  116 rooms of different categories, including 51 Standard Single, 20 Standard Double, 37 Deluxe and 8 Premium Suite. 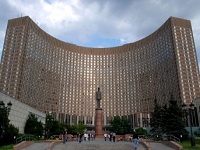 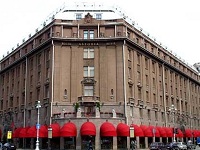 Location: Hotel Astoria occupies an unrivalled setting in St Isaac's Square at the hub of St Petersburg's vibrant city centre. St Isaac's Cathedral stands opposite Hotel Astoria, and the renowned Hermitage Museum is only a short walk away. Accommodation comprises  188 rooms of different categories, including 58 Suites. 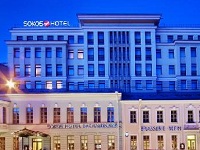 Location: Sokos Hotel Palace Bridge is a unique hotel located in the historical centre of St.Petersburg on Vasilievsky Island. The name of the hotel derives from the famous bridge nearby, the Palace Bridge, which leads directly to many of the main sights of St.Petersburg - the Hermitage, Palace Square, Admiralty, St.Isaac's Cathderal and the beginning of Nevsky Prospect. Accommodation comprises 324 (182 non-smoking) rooms (241 Standard rooms, 56 Superior rooms, 21 De Luxe rooms, 6  Suites, 1 Room for disabled). 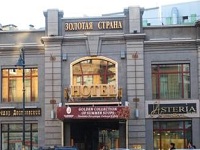 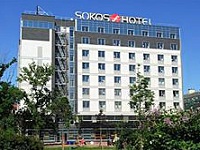 Location:Sokos Hotel Olympia Garden is a modern and cozy hotel near the city center. The hotel is located in a leafy park along one of the city’s main roads, MoskovskyProspekt, which leads directly to Pulkovo International Airport.  There are plenty of shops and restaurants near the hotel, and the nearest metro station (Tehcnologicheskii Institute) is a mere 2 minute walk away. The hotel has 348 comfortable rooms, excellent meeting and conference facilities, cozy Fransmanni restaurant and a lively bar. 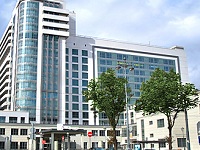 Location: Our high-rise hotel is a 20-minute taxi ride from Pulkovo Airport in a peaceful central St. Petersburg district. Speedy subway trains link Holiday Inn St. Petersburg-Moskovskye Vorota to the city centre in just 10 minutes. It's 4 stops from nearby Moskovskye Vorota station to the extravagant Hermitage art museum on the Neva River. Accommodation comprises  557 rooms of different categories, including 36 Suites. 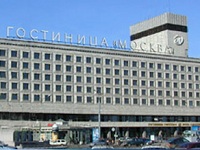 Location: The centrally located hotel “Moscow” is perfectly situated in the historical city centre on the Neva river embankment near the Nevsky prospect. We offer a big parking area. The prime location and great transport links (nearby underground and train stations) provide quick and easy access to the main commercial areas and city sights: Dvortsovaya emb., The Hermitage Museum, the Admiralty, the Kazan Cathedral, the Russian Museum and others just in 15 minutes. Accommodation comprises  825 rooms. 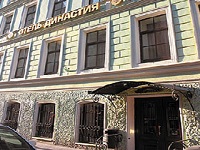 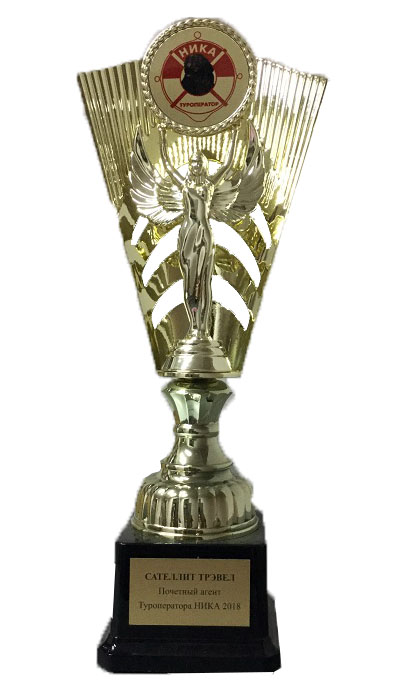 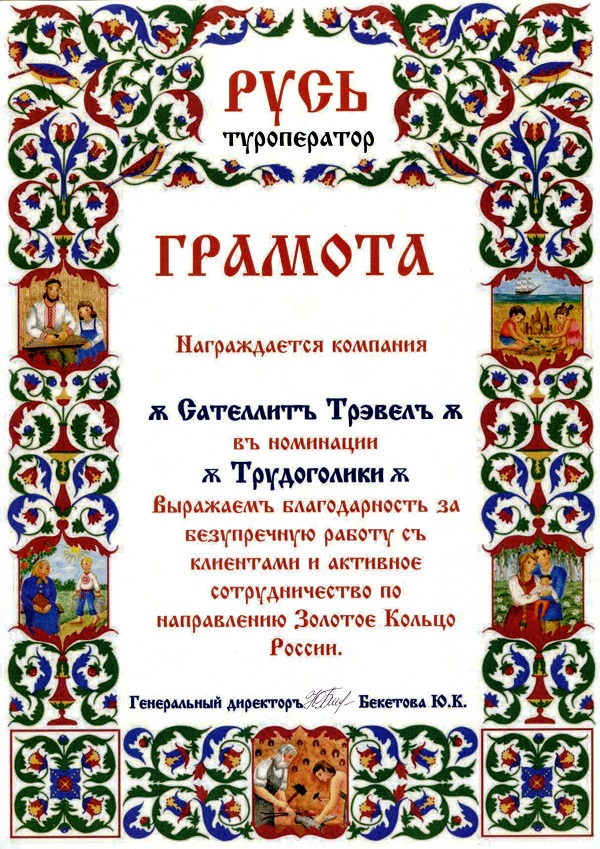 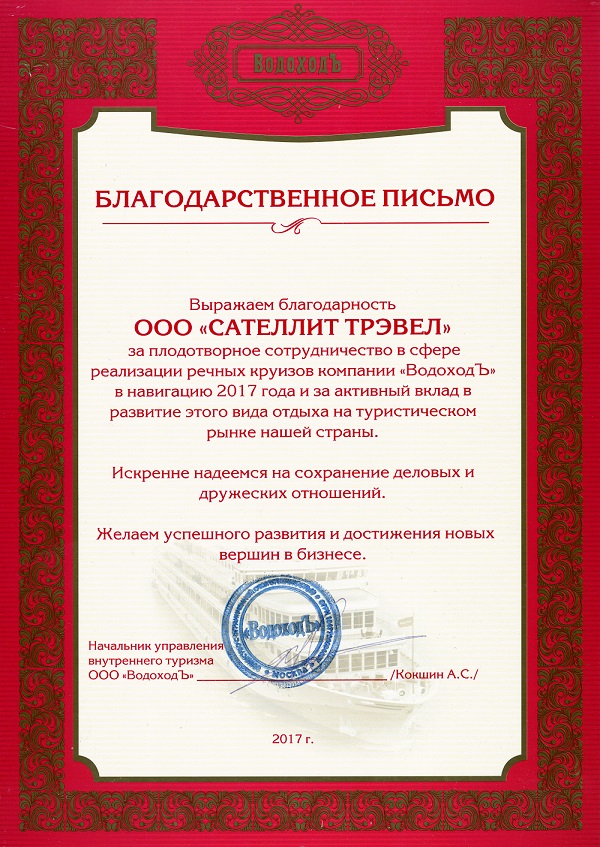 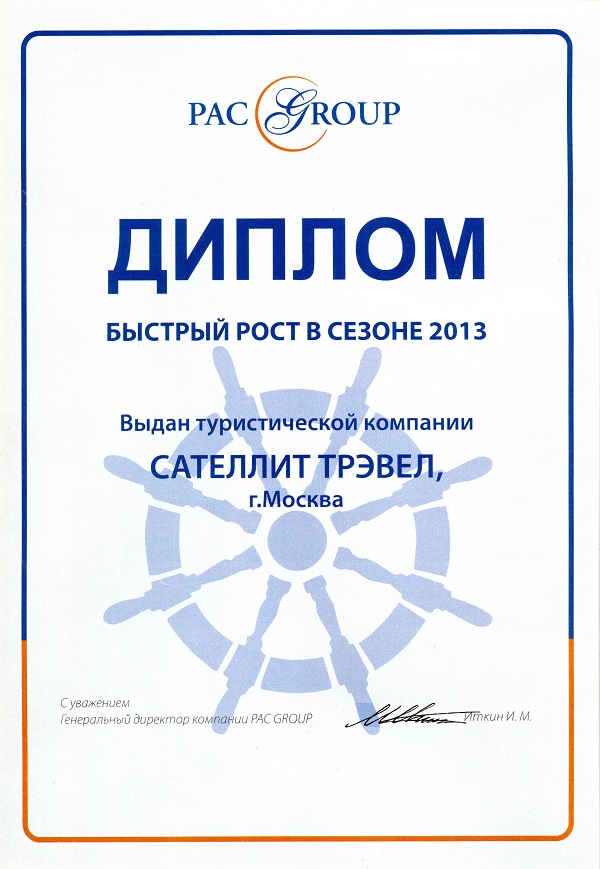 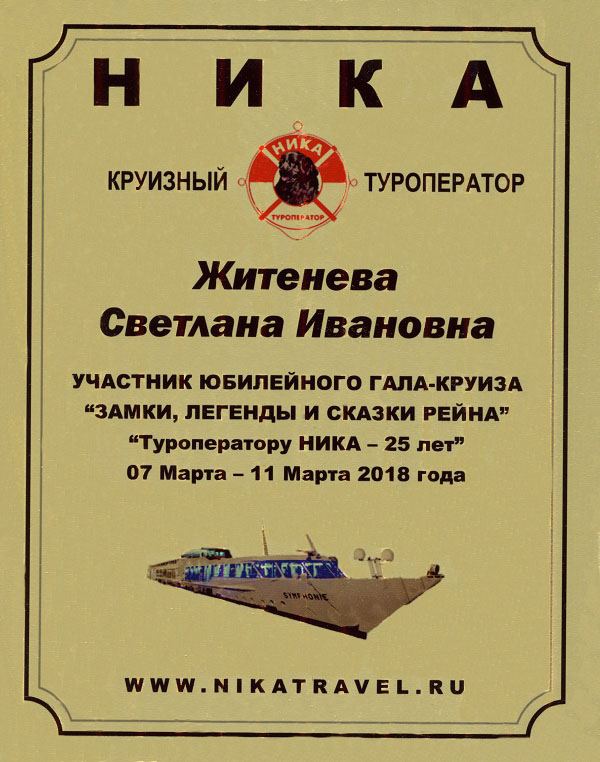 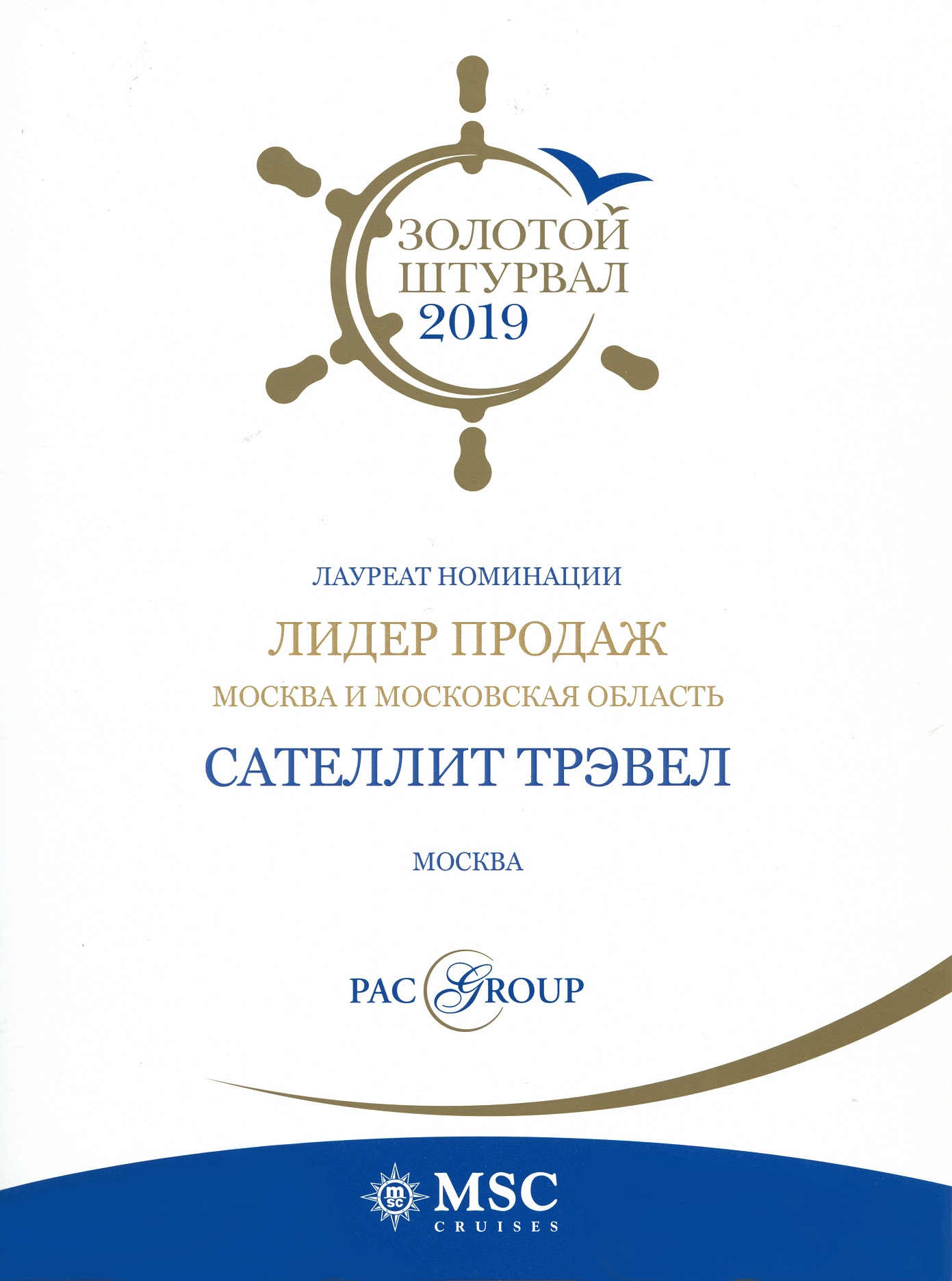 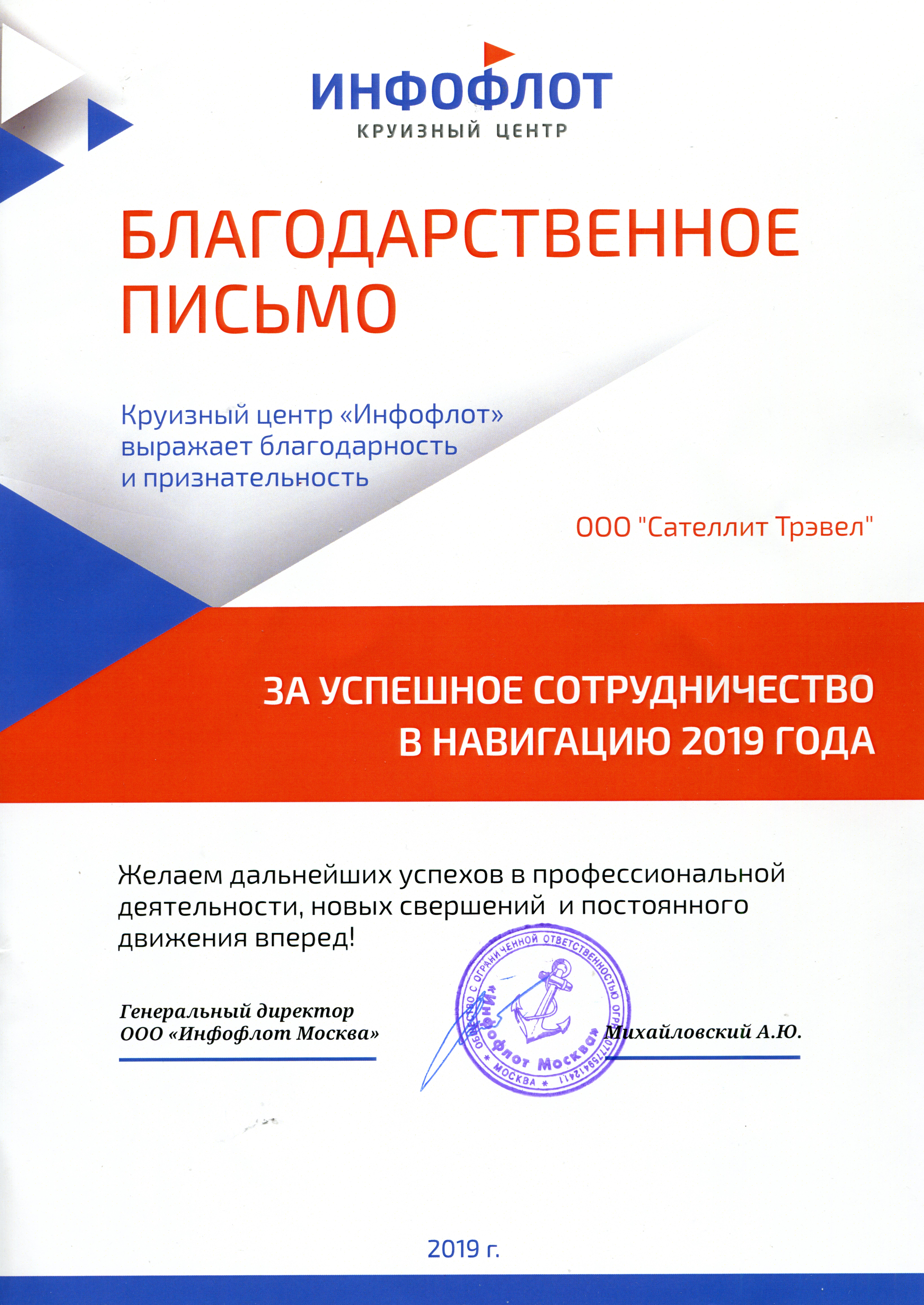